4 Marketing Campaigns that Hit the Bullseye

Marketing has drastically evolved over the years and it’s safe to say that it will continue to do so in the future, as well. Nowadays, marketers are more creative in their efforts to capture the hearts and minds of the people all over the world. Marketing campaigns have been used since forever to send the message to the audience, meant to increase awareness about a product, service or a brand.

The Old Spice man featuring Isaiah Mustafa, first came up as a Super Bowl ad back in 2010, as a part of the “The Man Your Man Could Smell Like” campaign, which was created by Wieden and Kennedy. The video commercial was designed to entertain the audience with a handsome guy that tells women that their man can at least smell like him, if not look like him.

The original ad now has nearly 55 million views and a few months after its release, the company followed up with a series of 186 personalized, witty and funny videos featuring Mustafa who addresses online fans. The follow-up campaign generated over 11 million views and Old Spice got 29.000 new Facebook friends and 58.000 new Twitter followers. The Old Spice enjoyed a 107% increase in body wash sales, within just 30 days after the Super Bowl ad launch.

Queensland Board of Tourism – The Best Job in the World

People say that experimenting with non-traditional marketing channels doesn’t pay off. Well, Queensland Board of Tourism proved everyone wrong back in 2009 with their job application in the newspapers. The “Jobs” section in the newspaper featured an ad that offered employment to people, which included living on some island in the Great Barrier Reef off the coast of Australia, feed the fish, clean the pool and collect mail in the next 6 months and all of that for $150,000.

All that was required was for people to submit a minute-long video of themselves, explaining why they should get the job. With a combination of PR and the use of social media, the Board got over 7 million visitors, with 34.000 applicants from over 200 countries for the job, as well as 500.000 votes. The winner is still an ambassador of Queensland Tourism.

The Goodyear Tyre & Rubber Company decided to surprise their consumers across the United States back in December 2016, with a launch of a 10-day social media sweepstakes from the company’s new Twitter handle. The promotion lasted from December 26th, 2016 to January 4th, 2017 and it was featured as part of the Goodyear’s sponsorship in the College Football Playoff Semifinal at the Goodyear Cotton Bowl Classic on New Year’s Eve.

Every fan that followed @Goodyear on Twitter and engaged with #Goodyear hashtag had a chance to win various prizes, some of which included a brand new set of Goodyear tyres, Goodyear Blimp rides and a new 2016 high performance vehicle. The sweepstakes were also extended in the New Year’s Six College Football Playoff bowl game markets, which included Los Angeles, Miami, Dallas, Phoenix, Atlanta and New Orleans. Fans in each city had a chance to win tickets for their representative games if they were first to find a Goodyear ambassador in a scavenger hunt. By combining brand promotion with football in the U.S. your brand recognition will go through the roof.

The band Radiohead decided to take a different approach when they were releasing their 7th album “In Rainbows”. Stepping out of the traditional promotions in music industry, Radiohead took things to another level and made their new album directly available to their fans.

However, it was the offer that made a marketing boom, which was “pay what you want” for the album and download it from their website. The band’s strategy was more than a success with 3 million downloads in the first year alone and over $10 million in revenue.

Sometimes, taking a different approach and using unconventional means for marketing can pay off. It’s the creativity and innovation that really gets people to appreciate advertisement, and marketers should keep that in mind when they design their campaigns. 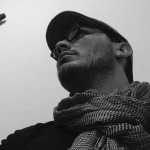 Nate M. Vickery is a business consultant from Sydney, Australia. He has a degree in marketing and almost a decade of experience in company management through latest technology trends. Nate is the editor-in-chief at bizzmarkblog.com.
Connect with me on : FacebookTwitter
Previous article: 5 Key Benefits of SEO for Startups
Next Post: Common Website Design Problems You Should Avoid